A Brief History of the Pallet 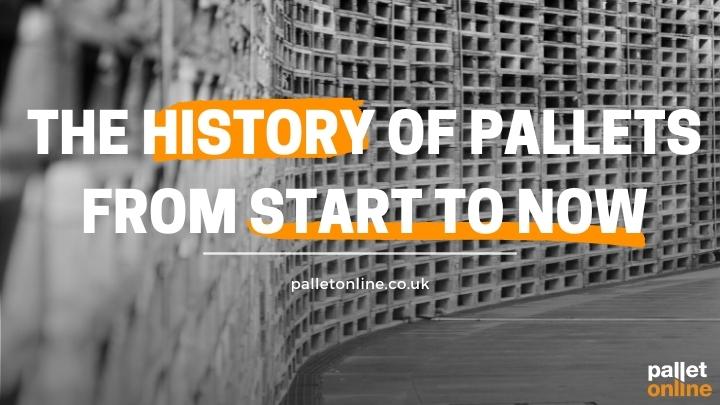 Thousands of people rely on pallets every day to send items securely. Many are familiar with how they work but have no idea how they came about or even why they were invented.

The modern pallet is used to ease the transport of items from the collection to the delivery point and is considered the safest means of doing so. But the real question is what were pallets used for when they first came about, and how have they evolved through time?

What Came Before the Pallet?

When you think about it, pallets are quite a simple design. Any piece of wood that was sturdy enough to hold heavy goods would have been considered the best and most secure means of transport way before the pallet was even introduced.

Pallets were introduced after the forklift first came about. In short, businesses needed a way to access pallets easily from either side, for them to move goods from one location to another.

With this in mind, the forklift is what caused pallets to become the iconic design that we know today. But before wooden pallets, skids were the most popular structure for moving items around.

These were much easier and cheaper to mass-produce as they have no bottom deck boards; they consist of top deck boards and stringers. However, like most trends back then, wooden skids were replaced with the next best thing.

At the time, it didn’t take much convincing to realise that pallets were much easier to transport, cost-effective and could hold much more weight than wooden skids could. Since then, they have become the platform that millions of manufacturers, retailers and individuals use to deliver items around the world.

How Were Pallets Invented?

Put simply, lift trucks and forklifts were revolutionary in material handling. We needed a tool that was capable of seamlessly fitting into the design of a wooden structure built for shipping heavy items and bulk goods: this is where the pallet comes into it.

Not long after the introduction of lift trucks and forklifts, workers realised that skids were not practical enough for the use of such tools. 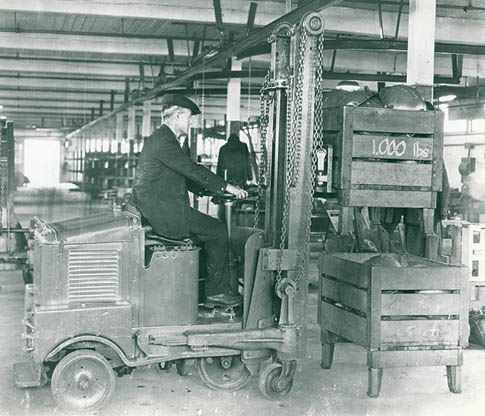 After a few nails were hammered into some wooden planks, alas, pallets were invented. Soon after, pallet delivery companies were founded and people were determined to find the cheapest delivery options out there. 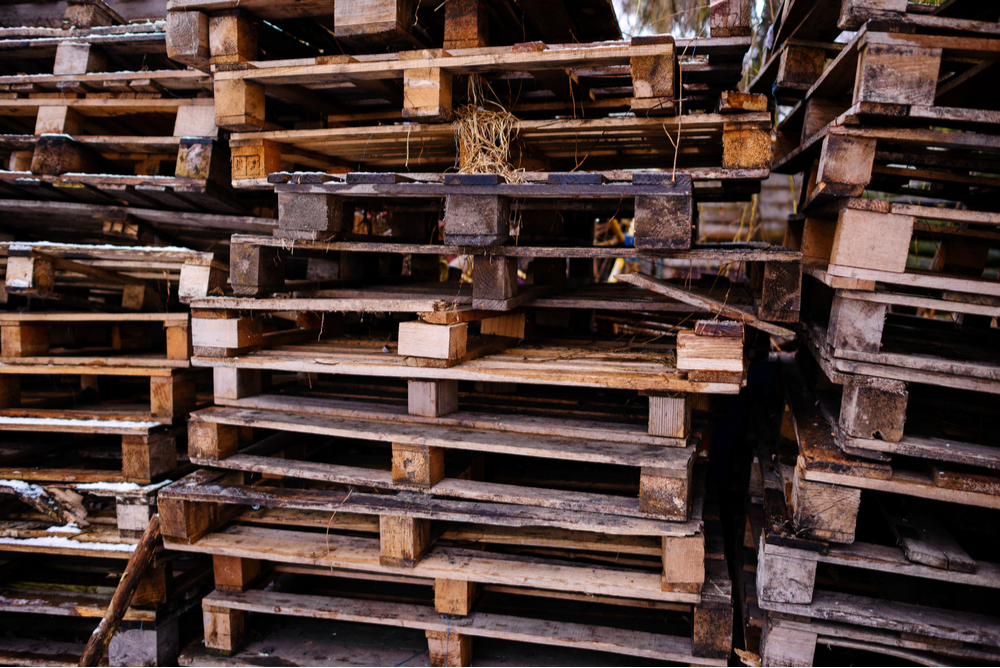 On another note, early lift trucks were limited to moving pallets around warehouses, but forklifts allowed pallets to be loaded, moved, and stacked easily.

Word of mouth quickly led to popular demand for pallet delivery services and manufacturers raced to produce the very best pallets. Nowadays, there is a huge range of plastic and wooden pallets but pallet couriers tend to ship on wooden as they can withstand more weight.

How Have Pallets Evolved?

While the basic structure has remained, the materials used to produce pallets have evolved as we have learned to understand the world around us. Pallets went from being ‘skids’, to four-way wooden pallets and some manufacturers even went on to produce plastic pallets.

There was a time when skids, wooden pallets, and plastic pallets were equally sought-after. This was a time when people were eager to have their bulk load of goods collected and delivered, regardless of what they were loaded onto.

However, now that we have learned more about bacteria and the safe handling of goods, it seems as though plastic pallets have become more popular for the shipping of food products and such items as they are easy to be wiped clean, unlike wooden pallets.

But wooden pallets are still very popular and are widely used for pallet courier services around the globe - they are also still cheaper to buy.

Why Do We Need Pallets?

If you’re a business that relies on a courier to distribute goods, then pallets are your unsung heroes.

Pallets allow you to easily ship items together as one, to places far and wide. Without a pallet, you are essentially sending loose cartons and thus, your items may arrive at different times and some may become lost or even damaged for that matter.

When you send a pallet, it becomes much easier to track the whereabouts of your goods at all times from point A to B. Not to mention that shipping via a pallet courier offers added peace of mind; you know that everything will arrive in pristine condition and with no delays.

Without pallets, such companies would have a harder job trying to ensure everything is delivered together, at the same time. More importantly, that the items being shipped arrive undamaged.

Since pallets were introduced, they have proven to be a much cheaper means of transporting goods. Businesses all across the UK and Europe look for cheap pallet delivery services to help distribute their goods - pallets help keep all their goods together during their journey and ensure they have appropriate protection.

For more information on pallets, please visit our Help Centre. Alternatively, you can speak with us directly by calling 0345 658 0049 or by sending a message via Live Chat.